High school student Yuri Honjo finds herself lost in an “abnormal space” where countless skyscrapers are connected by suspension bridges and “masked figures” mercilessly slaughter their confused and fleeing victims. To survive in this hellish world, she has two choices: kill the masked figures or be killed. Yuri is determined to survive in order to destroy this irrational world, but what will be her ultimate fate?

At the Netflix Anime Festival on October 26, 2020, the streaming service announced that Tsuina Miura and Takahiro Ōba's survival horror manga is inspiring an anime series. A teaser trailer was also unveiled, which revealed the anime's worldwide release window in February 2021 on the streaming platform. The anime also opened an official website, where it revealed two key visuals, a "human" version and a "mask" version. 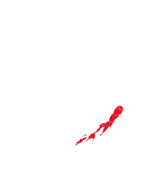 Retrieved from "https://tenkuu-shinpan.fandom.com/wiki/High-Rise_Invasion_(Anime)?oldid=7576"
Community content is available under CC-BY-SA unless otherwise noted.